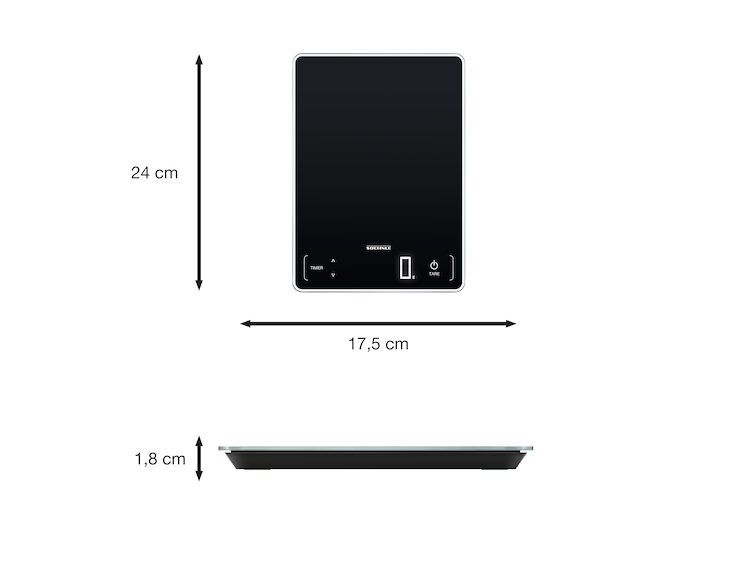 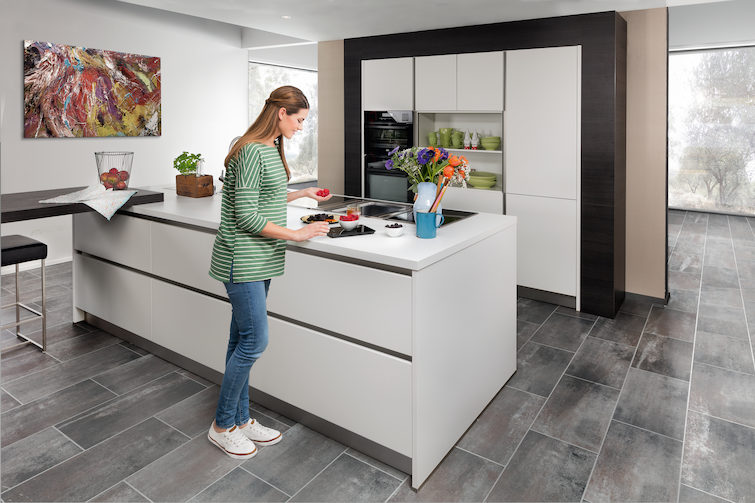 The Page Profi 100 digital kitchen scale is a true kitchen professional. It features an extra-slim surface for accurately weighing all ingredients to the very last gram and also comes with an integrated timer to ensure you never lose track of those crucial cooking times. Furthermore, with its extra-large LED display, cooking time and weight are easy to see, even in poor lighting. Special feature: The white numbers on the scale’s patented LED display only light up when the scale is switched on. When switched off, the scale looks like a shiny black glass surface. Weighing large quantities of ingredients—for example, when making jam—has never been so easy, thanks to the scale’s impressive 15 kg weight capacity. Lots of ingredients can be placed on top of this extra-large kitchen scale in a large bowl or pot and weighed at the same time. And if you forget something, it can be easily added using the scale’s tare function. The Page Profi 100 is operated using two patented Sensor Touch fields, which are integrated seamlessly within the glass weighing surface and respond to the lightest of touches. This not only makes operation more convenient but makes the weighing surface easy to clean. When not in use, the kitchen scale can be stored in a cupboard, drawer or hung on the wall to save space: A particularly practical solution that keeps the timer close to hand at all times. The automatic switch-off function makes the Page Profi 100 incredibly energy efficient: The batteries it's supplied with will last one year, even if the scale is used every day.

Leifheit AG guarantees 5 years guarantee to this product from receipt of the product without limiting your legal rights. Complaints under the guarantee must be reported immediately after discovering the defect in the product. You'll find more informtion for the scope and limitations of the warranty here: Warranty terms.

One brand - three competencies
Reliable product solutions for the body, nutrition and the environment.

Innovations
Practical use, high ease of use and outstanding designs.